What is an inverter?

What is a generator?

Some of the best generators:

Some of the best inverter generators:

What is an inverter?

An inverter also known as a power inverter is an electronic device that changes the direct current (DC) into alternating current (AC). The voltages, output powers and energy entirely depend on the circuit and how the inverter device is built. The inverter itself does not produce any power. It is not the power source. The main role of an inverter is to convert the DC current from the power source into a usable AC current. The inverters play a pivotal role where high voltages and currents are at play.

These power inverters can be either fully electrical or electrical and mechanical combined. It varies according to the devices. Inverters are used in UPS, electric motor speed control, power grid, and solar power sources. In the early ’90s to the mid-’20s the inverters worked mainly on rotary converters. Later in the 20th century, vacuum tubes and gas-filled tubes came into play. The inverter does the opposite job of the converter. You can also call it an inverted converter.

What is a generator?

The generator has a timeline from Faraday Disk generator, Direct Current generator to Synchronous generators. These generators are commonly used in power stations, roadway vehicles, bicycles, and sailboats. There are various fields in which generators have been in usage. In fact, in the last few years, it has become an essential part of every household. A few years back it might have been a luxury. But in the current generation, they play an important role in holding your home together. The prices have also been inflated due to high usage.

The size difference is the main factor when it comes to inverters and generators. The inverter is small in size, compact, portable, and easy to carry. Some inverters can be bulky depending on their application but most of the inverters are small in size. These inverters are also easy to transport and store. So when you are going for a hike or camping, you can take an inverter with you in case you need an electric supply. They can fit them on the back of your car.

Whereas generators on the other hand are bulky, weighty, and hard to carry around. Generally, you need a mount or a trolley to move them around. They are not easily portable and also noisy. These key differences are a major factor in choosing them. While they can generate ample power and are useful, they are bulky which makes them a hard choice for portability. If you are using them for office purposes where you don't need to move them often, they make a great choice.

Since generators need to generate a specific amount of current for usage, they come with big tanks for fuel capacity. This is one of the reasons why people that need a generator are not worried about the size of the generator because they can generate a lot of power for electrical supplies. Inverter generators are small in size because they don't need fuel tanks like generators.

Inverters have limited fuel capacity which means a shorter running time. But inverters are efficient enough to produce enough power supplies to meet your requirements. Inverters can save up to 40% of the fuel and can run for up to 10 hours. These estimations might vary from inverters to inverters. If you are using inverters you need to know that they can also reduce exhaust emission which is eco-friendly.

As indicated by GreenGear worldwide, the principal contrast between an inverter generator and a traditional generator is the commotion levels. Generators are loud. They run at steady velocities of commonly 3600 rpm to deliver power. The engine speed ought to stay steady to create power.

Then again, inverters can change the measure of force delivered utilizing a chip. These noise level factors are crucial to know before you buy one.

Some of the best generators: 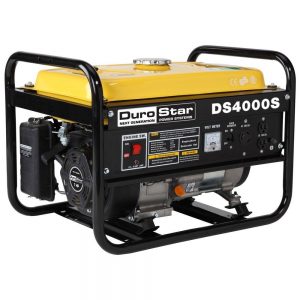 Durostar is the best mid-size generator. It is powerful, economical, and overall, its performance is quite good. This generator delivers 4000 watts for starting and 3300 for running. It is powered by a 208cc (7 hp) air-cooled OHV 4-stroke engine with low oil shut off. These two packs prevent the generator from being damaged by reducing heat and it shuts off the engine automatically when it detects a low level of fuel. It runs on gasoline, and 4.0 Gal is its fuel tank capacity. When it comes to the noise level, it produces 68 dB. It is one of the best-rated generators for your home. 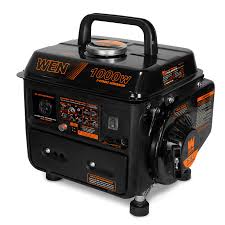 It is compact and lightweight as it is only 39 pounds. It comes with rubber pads and a carrying handle for easy portability. This generator is perfectly suitable for camping, tailgating, recreation, and as an emergency backup. This best-rated emergency generator comes in handy during emergency times. It delivers 1000 starting watts and 900 running watts with a 120V 7A outlet, spark restorer, and circuit breaker. This generator runs for 5 hours on one tank full of fuel and produces 95 dB noise levels higher than the other best rated portable inverter generators.

It is both EPA III and CARB compliant.

Some of the best inverter generators: 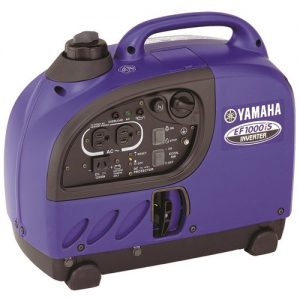 Yamaha 1000 is one of the most popular inverter generators and provides excellent power and electrical output without compromising its portability. Portability is a very desirable feature in inverters and this model is one of the front runners for this. This inverter generator can generate up to 1000 watts of power. There is no need to add fuel while running it as it can run around 12 hours with a full fuel tank. The Yamaha fuel efficiency system of this generator makes it lasts longer. 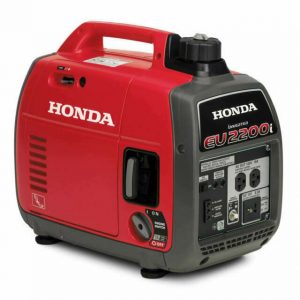 Honda sets a remarkable standard among generators with the brand new EU2200i inverter generator. The new EU2200i model is a great choice among portable generators for both indoor and outdoor activities. Undoubtedly, the best quiet, dependable, durable, and easy to use generator is the Honda EU2200i. In addition, it provides better performance but with virtually no change in weight or cost. This generator is ideal for your TV, DVD, fridge, and coffee pot. The new Honda EU2200i inverter generator offers amazing power output to the users by delivering 10 percent more power than the old EU2000i model.